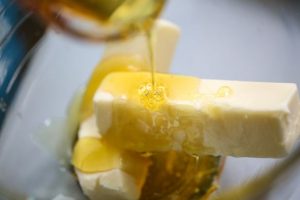 Send me your favorite recipes using honey!  Here is one of mine!

Use an electric mixer to beat the butter until smooth.

Mix in the powdered sugar, honey, and cinnamon. Beat until smooth.

Store in the refrigerator in a covered container.

Nice article for you to read: N.C. State study: Bees can’t stand the urban heat check it out.

RALEIGH
On a hot summer day, urban areas of the Triangle can be up to five degrees warmer than surrounding rural locations, and the temperature gap grows after the sun sets, as acres of pavement, concrete and steel emit heat absorbed during the day.
The phenomenon is known as the “urban heat island” effect, and a recent N.C. State University study shows that many of North Carolina’s native bee species keep away from hot, urban areas. The study also offers a glimpse at how bees might be affected by rising temperatures due to climate change.
“We’re interested in how urban warming affects the ecology of insects and what implications that might have for understanding how global warming might impact insects outside of the city, “ said Elsa Youngsteadt, an entomology research associate at NCSU and co-lead author of the study.
North Carolina is home to 500 species of bees, both native and naturalized, which are directly linked to the success of its annual $84 billion agriculture industry.
Domesticated European honeybees are often credited with pollinating crops. But in places like North Carolina, where fields tend to be smaller, native bees have been shown to do much of the pollination work. Bumblebees, mining bees, and mason or orchard bees are crucial for spring-flowering crops such as apples and blueberries, according to crop researchers.
Now scientists want to know how global warming will affect bees and whether it might result in fewer bees buzzing around where they are needed.
Two years ago, April Hamblin, an entomology graduate student at NCSU who carried out the field work and co-wrote the study, began looking at how some of North Carolina’s common native bee species tolerate increasing heat by placing individual bees in small test tubes. The tubes were then warmed slowly until the bee became incapacitated due to heat exhaustion.
She found that carpenter bees were the most heat tolerant, withstanding temperatures up to 124 degrees. Sweat bees and bumblebees, meanwhile, were the least heat tolerant, each becoming incapacitated at just below 113 degrees.
WHAT ABOUT OUTSIDE?
To see whether the lab test is an accurate predictor how bees respond to heat in the real world, Hamblin used urban heat islands to mimic climate change, following bee populations at 18 places around Wake County over two years. The abundance of each species was compared between warmer and cooler sites. It turned out that the bees with a low heat tolerance in the lab, including bumblebees and sweat bees, were less abundant in hotter areas.
“As a group, the bumblebees were consistently lower than average in their heat tolerance, and their populations tended to decline,” said Youngsteadt, adding, “Almost all of the species we looked at declined with warming.”
Sheila Colla, assistant professor of environmental studies at York University in Toronto, said recent studies she was involved with have reached similar conclusions: Bumblebees are especially susceptible to climate change.
Colla noted that The International Union for Conservation of Nature recently assessed North American bumblebees and found that one-quarter to one-third of the species are at risk of extinction due to climate change and other factors such as habitat loss and disease.

20 Gallons of Honey Later…Time to Treat for Mites 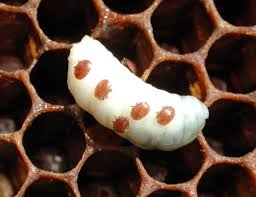 just an update of where we are.  I was able to spin 20 gallons of Honey off of my hives thus far.  There will be more to come off later.  Jax and Harper will be selling it in our front yard beginning tomorrow morning.  I am heading to the beach for a week beginning Saturday, so if you have any need of my presence during a hive inspection.  Sean was able to capture a couple of gallons off of his hive so far and there will be more.  I am not sure where Andy is with his hive, but he should have some Honey ready to pull off.

Most of our new beekeepers are doing well.  Sandy’s hive is missing her queen and she is in process of replacing it.  All other hives are progressing very nicely. 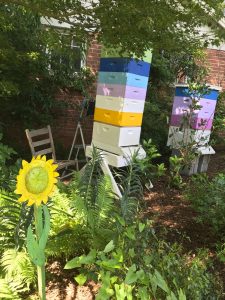 As I often remind you, we are in it for the bees first…and if they are taken care of  we’ll you will be rewarded.  Well, yesterday I went to my tallest hive and pulled off over 100 pounds of honey from this one hive.  Was also able to pull some Honey from my other hives…but nothing like my tall hive…wow.  Hopefully Jaxson, Harper and I will be spinning off Honey this week and we will open for business in my driveway.

Be sure you are making Hive Inspections to locate the presence of your queen.  One of the biggest mistakes of new beekeepers is they go in their hives and see lots of bees and ASSUME there is a queen.  You should always go deep enough and pull out a frame from the middle of your brood boxes to determine if you have a queen.  You must keep pulling frames and even go into the brood box itself on bottom until you have evidence of your Queen.  While you do not have to actually see the queen, you must see capped and uncapped brood as well as eggs.  If you have this, you have a queen.   I completed a deep hive inspection yesterday while pulling off  Honey and discovered one hive was JAM PACKED with bees…but no brood, capped brood, or eggs.  I have a queenless hive.  Today I will be in search for a queen. 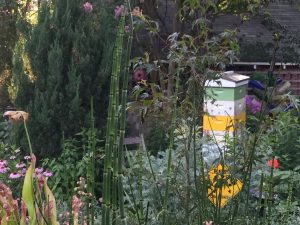