The Queen Extruder…What should I do? 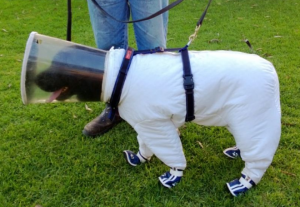 It is said that if you ask 6 bee keepers what to do or how to do…you will probably get 12 answers to your question.  Should I get a bee suit for my dog?   All things are possible I suppose

The question today is should I use a Queen Extruder?

The queen excluder is a metal or plastic grid that covers the surface of an entire box. The grid is spaced such that workers can pass through the empty space but larger drones and the queen cannot. It is used to make sure the queen stays in the area of your colony used as a brood chamber and does not allow her to get into and lay eggs in the area of your colony used to store surplus honey. When the bees allow brood to be produced in honey frames it darkens the wax in those frames, which darkens any honey stored there later. Plus, if there is brood in frames in the surplus honey storage supers, nurse bees won’t leave the brood when you go to remove the honey with an escape board. Moreover, when examining the colony to judge the quality of the queen you’ll know where to look, reducing the number of frames you will have to examine. For reasons known only to the workers, sometimes they will not pass through the excluder, severely limiting the volume of the colony. The colony begins to think of itself as crowded and may swarm or they may stop collecting nectar because they perceive there is no place to store it. Sometimes it is said that queen excluders are instead honey excluders. This problem can be remedied by moving a comb or two with some honey from the box below to the box above the excluder, essentially telling the bees that it’s okay to go up there.

A queen excluder in place on a colony: Nearly every model available violates bee space, so there is always a buildup of burr comb on it. Do not scrape the wires with your hive tool because you may bend the wires, enlarging the space and allowing the queen to sneak through. Place your excluder in a wax melter to remove the wax instead.

Lesson 20 will give you more information on the Queen Extruder controversy.  I suggest you all take time to read this lesson.