A Discussion on Different Kinds of Honeybees 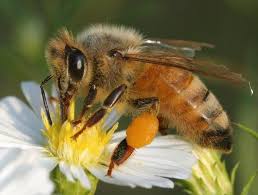 The Different Types of HONEY BEES

Honey bees, like all other living things, vary among themselves in traits such as temperament, disease resistance, and productivity. The environment has a large effect on differences among bee colonies (for example, plants in different areas yield different honey crops), but the genetic makeup of a colony can also impact the characteristics that define a particular group. Beekeepers have long known that different genetic stocks have distinctive characteristics, so they have utilized different strains to suit their particular purpose, whether it be pollination, a honey crop, or bee production.

What is a bee stock?
The term “stock” is defined as a loose combination of traits that characterize a particular group of bees. Such groups can be divided by species, race, region, population, or breeding line in a commercial operation. Many of the current “stocks” in the United States can be grouped at one or more of these levels, so the term will be used interchangeably, depending on the particular strain of bees in question.

Wide variation exists within stocks as well as among them. Any generalities about a particular stock should be treated with caution, since there are always exceptions to the rule. Nonetheless, the long and vast experience of beekeepers allows some oversimplifications to be made in order to better understand the different types of bees available. The following is a brief overview of some of the more common commercially available honey bee stocks in the U.S.

The Italian bee
Italian honey bees, of the subspecies Apis mellifera ligustica, were brought to the U.S. in 1859. They quickly became the favored bee stock in this country and remain so to this day. Known for their extended periods of brood rearing, Italian bees can build colony populations in the spring and maintain them for the entire summer. They are less defensive and less prone to disease than their German counterparts, and they are excellent honey producers. They also are very lightly colored, ranging from a light leather hue to an almost lemon yellow, a trait that is highly coveted by many beekeepers for its aesthetic appeal.

Despite their popularity, Italian bees have some drawbacks. First, because of their prolonged brood rearing, they may consume surplus honey in the hive if supers (removable upper sections where honey is stored) are not removed immediately after the honey flow stops. Second, they are notorious kleptoparasites and frequently rob the honey stores of weaker or dead neighboring colonies. This behavior may pose problems for Italian beekeepers who work their colonies during times of nectar dearth, and it may cause the rapid spread of transmittable diseases among hives.

The German bee
Honey bees are not native to the New World, although North America has about 4,000 native species of bees. Honey bees were brought to America in the 17th century by the early European settlers. These bees were most likely of the subspecies A. m. mellifera, otherwise known as the German or “black” bee. This stock is very dark in color and tends to be very defensive, making bee management more difficult. One of the German bees’ more favorable characteristics is that they are a hardy strain, able to survive long, cold winters in northern climates. However, because of their defensive nature and their susceptibility to many brood diseases (such as American and European foulbrood), this stock lost favor with beekeepers well over a century ago. Although the feral bee population in the U.S. was once dominated by this strain, newly introduced diseases have nearly wiped out most wild honey bee colonies, making the German bee a rare stock at this time.

The Carniolan bee
The subspecies A. m. carnica, from middle Europe, also has been a favored bee stock in the U.S. for several reasons. First, their explosive spring buildup enables this race to grow rapidly in population and take advantage of blooms that occur much earlier in the spring, compared to other stocks. Second, they are extremely docile and can be worked with little smoke and protective clothing. Third, they are much less prone to robbing other colonies of honey, lowering disease transmission among colonies. Finally, they are very good builders of wax combs, which can be used for products ranging from candles, to soaps, to cosmetics.

Because of their rapid buildup, however, carniolan bees tend to have a high propensity to swarm (their effort to relieve overcrowding) and, therefore, may leave the beekeeper with a very poor honey crop. This stock requires continued vigilance to prevent the loss of swarms.

The Caucasian bee
A. m. caucasica is a race of honey bees native to the foothills of the Ural mountains near the Caspian Sea in eastern Europe. This stock was once popular in the U.S., but it has declined in regard over the last few decades. Its most notable characteristic is its very long tongue, which enables the bees to forage for nectar from flowers that other bee stocks may not have access to. They tend to be a moderately colored bee and, like the Carniolans, are extremely docile. However, their slow spring buildup keeps them from generating very large honey crops, and they tend to use an excessive amount of propolis-the sticky resin substance sometimes called “bee glue” that is used to seal cracks and joints of bee structures-making their hives difficult to manipulate.

The Buckfast bee
In the 1920s, honey bee colonies in the British Isles were devastated by acarine disease, which now is suspected to have been the endoparasitic tracheal mite Acarapis woodi. Brother Adams, a monk at Buckfast Abby in Devon, England, was charged with creating a bee stock that could withstand this deadly disease. He traveled the world interviewing beekeepers and learning about different bee strains, and he created a stock of bees, largely from the Italian race, that could thrive in the cold wet conditions of the British Isles, yet produce good honey crops and exhibit good housecleaning and grooming behavior to reduce the prevalence of disease. Bees of this stock are moderately defensive. However, if left unmanaged for one or two generations, they can be among the most fiercely defensive bees of any stock. They also are moderate in spring population buildup, preventing them from taking full advantage of early nectar flows.

The Russian bee
One of the newer bee stocks in the U.S. was imported from far-eastern Russia by the U.S. Department of Agriculture’s Honey Bee Breeding, Genetics, and Physiology Laboratory in Baton Rouge, Louisiana. The researchers’ logic was that these bees from the Primorski region on the Sea of Japan, have coexisted for the last 150 years with the devastating ectoparasite Varroa destructor, a mite that is responsible for severe colony losses around the globe, and they might thrive in the U.S. The USDA tested whether this stock had evolved resistance to varroa and found that it had. Numerous studies have shown that bees of this strain have fewer than half the number of mites that are found in standard commercial stocks. The quarantine phase of this project has been complete since 2000, and bees of this strain are available commercially.

Russian bees tend to rear brood only during times of nectar and pollen flows, so brood rearing and colony populations tend to fluctuate with the environment. They also exhibit good housecleaning behavior, resulting in resistance not only to varroa but also to the tracheal mite.

Bees of this stock exhibit some unusual behaviors compared to other strains. For example, they tend to have queen cells present in their colonies almost all the time, whereas most other stocks rear queens only during times of swarming or queen replacement. Russian bees also perform better when not in the presence of other bee strains; research has shown that cross-contamination from susceptible stocks can lessen the varroa resistance of these bees.

Other notable stocks
Many other honey bee stocks are worth noting:

The Minnesota Hygienic stock has been selected for its exceptional housecleaning ability, significantly reducing the negative effects of most brood diseases.
The SMR stock, referring to “Suppression of Mite Reproduction,” also was developed by the USDA honey bee lab in Louisiana by artificially selecting commercial stocks for mite resistance. While not an independently viable stock on its own (because of inbreeding), the SMR trait has been incorporated into other genetic stocks so that these stocks may also express this highly desired characteristic.
The Cordovan bee is a type of Italian bee that has a very light yellow color, which is more attractive to many beekeepers.
Numerous hybrid stocks are also available commercially:

The Midnight bee was developed by crossing the Caucasian and Carniolan stocks, hoping to maintain the extreme gentleness of both strains while removing the excessive propolis of the Caucasians and minimizing the swarming propensity of the Carniolans.
The Starline was developed from numerous strains of the Italian stock by Gladstone Cale of the Dadant Bee Company. It was once favored by commercial beekeepers because of its tremendous honey yields, particularly in clover, but the popularity of this stock has declined in recent decades.
The Double Hybrid is a cross of the Midnight and the Starline.
The “Smart” strains are crosses between the SMR strain and other stocks, such as Italian, Russian, and Carniolan.
Conclusion
While a tremendous amount of variation remains within and among the different bee stocks, some generalities still can be made. Bee differences can be used to advantage by beekeepers, depending on what traits interest them, so using different stocks can be a powerful tool at the beekeeper’s disposal. There is no “best” strain of bee, as the traits favored by one beekeeper may differ significantly from another’s choice. Thus, it is best for each beekeeper to experience the characteristics of the different bee strains first hand and then form an opinion about which stock best fits his or her situation.

Published by
North Carolina Cooperative Extension Service
Distributed in furtherance of the acts of Congress of May 8 and June 30, 1914.

Category: Uncategorized | 1 Comment on A Discussion on Different Kinds of Honeybees