Some good ideas above,  including feeding your bees dry sugar which you can easily do with your top feeder.  Video 4 answers the question I am asked most this time of year when the temperature deops.  Please contact me if you have questions, or even more simple, post your questions on our blog.

I am looking for new students for next year.  Pleaae aend interested people to me! 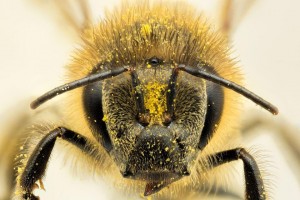 received the following article from my Cousin Margaret who lives in New Jersey.  Very Interesting!  (The more you know, the more you want to know!)

The honey bee gut is colonized by specialized bacteria that help digest components of the floral pollen diet and produce molecules that likely promote bee health. In a study publishing 12 December in the open access journal PLOS Biology, a group of researchers led by Philipp Engel at the University of Lausanne and ETH Zürich, Switzerland, have uncovered which bacterial species perform which specific digestive functions in the bee gut.
The authors measured the repertoire of simple chemical compounds – the so-called “metabolome” – from bee guts. They then compared the gut metabolomes of bees colonized with each bacterial species individually and in combination. By this method, the team identified what each bacterial species contributes to the bee digestion and the various strategies bacteria deploy to co-exist in the animal gut.
Of particular note, they identified one several species of the genus Lactobacillus that digests convert specific plant compounds called flavonoids – abundant in pollen and recently linked to the health of mice and humans through their breakdown by the gut microbiota. Another bee gut bacterial species, Bifidobacterium asteroides, triggered the production of bee hormones that can modulate the immune system and behavior of its host.
Honey bees, a principal pollinator in agriculture and natural environments, have suffered from colony declines in recent years. The gut bacteria in bees and their pollen-rich diet are known contributors to honey bees’ health, and understanding the functions of the various bacteria could have implications for colony health as a whole.
“We took advantage of the key characteristics of the bee gut microbiota: its simplicity.” says Philipp Engel, the corresponding author of the study. Contrary to human gut microbiota, the bee gut is composed of only a few bacterial species. This makes analyzing each member separately and determining its contribution to the overall metabolite changes in the gut feasible.”
“We have identified many exciting metabolic functions of bee gut bacteria. The next step is to understand how these functions impact colony’s health so that one day we can apply our findings in apiaries.”
###